When is the best time to fly to Hongqiao?

S$ 900
S$ 740
S$ 580
S$ 411
Flying to Hongqiao in March is usually considered the best time to fly. However, you will find other deals are always available year round. If weather is an important factor for you when considering when to fly to Hongqiao, the warmest period tends to be July, with the wettest being August.

When is the best time to book flights to Hongqiao?

The best time to book flights to Hongqiao is 60 days before your desired departure date. The cost of your flight will likely increase significantly if you book two weeks in advance of your flight.

Which day is cheapest to fly to Hongqiao?

At the moment, Wednesday is the most economical day to take a flight to Hongqiao. Sunday is likely to be the most costly.

Hongqiao flights can be made cheaper if you choose a flight at midday. Booking a flight in the morning will likely mean higher prices.

Situated in Changning District, approximately 13km (8 miles) west of Shanghai is Hongqiao International Airport. The facility serves as one of the main transit hubs for China and more than 90 airlines make use the airport’s facilities.

The airport is divided into two terminals: Terminal 1 and Terminal 2. The latter was opened in early 2010 and is four times the size of the original terminal. The new terminal houses 90 per cent of the carriers and Terminal 1 is now used for international flight and by Spring Air, the low-cost airline. 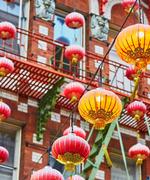 Prices found by our users for local departures to Hongqiao