Flights to Brittany in 2021

Which day is cheapest to fly to Brittany?

At the moment, Sunday is the most economical day to take a flight to Brittany. Friday is likely to be the most costly.

Much of Brittany’s history dates back to its Celtic roots. The landscape is littered with ancient and mysterious standing stones and the local language (sadly in danger of dying out) is based on Celtic, more closely resembling Welsh than French. The Celts came from Britain in around the 6th century with their culture, traditions and folklore that still reign supreme in the region today, particularly in the rather arid interior, lending Brittany a touch of mystery and enchantment. Keep your eyes open and you may even imagine you spy a Cornish pixie in the underbrush. The Bretons maintained an independent state until the 16th century in this northwest corner of France, which protrudes into the Atlantic with an irregular coastline featuring inlets, cliffs, offshore islands and stretches of white, sandy beach.

It is the coastline that has made Brittany the most popular summer holiday destination in France, next to the Côte d’Azur, for both French and foreign visitors. The coast is liberally sprinkled with resorts and campsites, always full during the summer season.

On the west coast of France and warmed by the gulf stream, Brittany has a warm, temperate climate. It rains frequently, keeping the countryside green, but sunny days are more common than rainy ones.In summer, Brittany’s temperatures are in the mid-20s (Celsius), yet it never feels scorching hot. Winter temperatures rarely fall below freezing and it rarely snows.

When is the best time to fly to Brittany?

Peak Season:
Brittany’s high season is July and August. Second in popularity only to the Côte d’Azur, the Breton coast is the most popular summer resort area in France. Hotels and campsites are filled from mid-June to the end of August.

Festivals and pardons (religious festivals) start in May and run through the summer, with late summer being the most festive time. July 26 is the Ste. Anne d’Auray pardon, and the last Sunday in August is the Ste. Anne la Palud pardon. The Celtic Festival de Cornouaille is held in late July and the Festival Interceltique in early August.

Off Season:
The damp winters attract few visitors; many hotels and resorts are closed during the off season and do not open until Easter.

June, September, and early October are excellent times to visit. There are fewer crowds and the weather is pleasant.

The most popular way to get around Brittany is by bus. There are several bus services, resulting in bus routes to almost every town, even the small villages. Buying books of bus tickets in advance usually gets you a discounted price. Trains are another way around the region, but the bus routes are better.

Bikes and motorcycles are also a popular way to explore Brittany, and bicycles can be rented at most train stations. Driving is also an option in Brittany. The motorways are well-maintained and there is not a single toll road in the region.

To get to the islands, take a ferry or rent a boat. There is regular ferry service to most islands — several ferries a day take visitors to and from Belle Ile.

What airport do you fly into for flights to Nantes?

Cheap flights to Nantes found for this year

See alternative destinations where airfare is generally forecast to be close to Brittany flight prices. 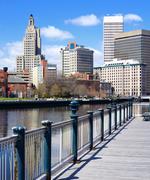 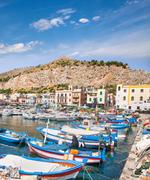 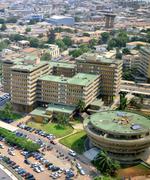 Cheap tickets to Brittany found by our users in Singapore as recently as May 12, 2021.

Not set on Brittany? See the cheapest flights to Singapore. Airfare prices updated on May 12, 2021.