When is the best time to fly to Kansas?

is typically the best time to fly to Kansas, but there are other times where great deals are available. July tends to be the warmest period in Kansas so if you are looking for sun or warmer climates then look to fly around this time. June is the wettest if you need to factor this in to your plans.

Which day is cheapest to fly to Kansas?

Tuesday is currently, on average, the cheapest day to fly to Kansas. Flying on Thursday will result in higher flight prices.

To get the best value, try booking a flight in the morning when visiting Kansas. Generally the prices will increase for flights at midday as these tend to have higher demand.

Kansas is best known for its rolling prairies, with seemingly endless rows of golden wheat stretching out beneath wide, cloud-scudded skies. Aside from the tornadoes that plague the area (and famously deposited Dorothy and Toto in Oz) it all seems gloriously peaceful.

The state has a turbulent history, however, with violent clashes between white settlers and Native Americans and between pro-slavery and abolitionist factions that earned it the sobriquet of “Bleeding Kansas”. After the Civil War, farming flourished as immigrants flooded in – among them Russian Mennonites, who brought the wheat seeds that would make Kansas rich.

The Wild West, too, was born, as cattle were driven across the state from Texas. Lawless boomtowns, home to saloons, drifters and gun-slinging cowboys, flourished along the trail. The most famous, Dodge City, today celebrates its nefarious history with a reconstruction of the main street and its gunfights. East of here is Wichita, another former trail town. With some fine museums and a varied cultural calendar that includes annual jazz and river festivals, it’s more tourist-friendly than Topeka, the capital city.

One of the Great Plains states, Kansas has hot and humid summers, cold winters, and thunderstorms, droughts, blizzards, hailstorms, and frequent tornados.Summer temperatures can climb to the 30s, and the winter temperatures are usually zero or lower during the day and about minus 6 at night. April through August are the wettest months. Tornados can strike any time of year, and their peak season is April, May, and June.Late spring and early autumn typically have the most moderate weather.

When to fly to Kansas

Peak Season:
Kansas has so few tourist attractions that it does not have as high a peak season as other places. But May through late September is when everything is happening, particularly in June. There are also fairs, rodeos, festivals, and sporting events, and the well-known Kansas City Renaissance Festival is one of the largest in the country. The festival starts on Labor Day and runs for seven consecutive weekends, ending on Columbus Day.

Off Season:
Off season does have some lower rates and cheaper Kansas flights, but there is not as much going on and many of the attractions are closed, particularly in winter.

Kansas has rolling prairies and the terrain gradually rises as you head west. The best way to get around the state is with a car or RV. Buses run between the major cities and there is some train service to major towns and cities. There are also lots of trails, open for hiking, biking, horseback riding, and snowshoeing. 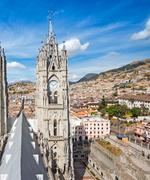