Can I fly to Idaho from USA right now?

Most visitors from USA need to provide a negative COVID-19 test result and/or quarantine to enter Idaho.

Quarantine requirements
Visitors from USA are not required to quarantine after entering Idaho.


Can I fly back to USA from Idaho?

Returning to USA from Idaho

Quarantine requirements
Visitors from Idaho are not required to quarantine after entering USA.

Which day is cheapest to fly to Idaho?

At the moment, Sunday is the most economical day to take a flight to Idaho. Tuesday is likely to be the most costly.

What time of day is cheapest to fly to Idaho?

Flights in the morning are typically the cheapest time of the day to fly to Idaho. Flights in the evening are usually the most expensive.

The jewel in the so-called Gem State’s crown is its stunning and remarkably unspoilt scenery. Adventurous types flock here to hike, climb, raft, ride and ski – or simply goggle at the views. Much of the terrain is mountainous, wild and wooded, with some spectacular gorges; at 8913ft, the dramatic Hells Canyon is deeper than the Grand Canyon.

In central Idaho, the ski resorts of Ketchum and Sun Valley are beloved of affluent second-homers and celebrities. Ernest Hemingway loved the area’s tranquillity (not to mention the hunting and fly fishing) and is buried at Ketchum, where he spent the last few years of his life.

An hour’s drive away is one of Idaho’s many wilderness areas, the Craters of the Moon National Monument. It’s an unearthly, eerily desolate 83sq mile volcanic landscape; in winter, cross-country skiers tackle the 11km loop road.

In the far north, bordering onto Canada, the panhandle region is famed for its lakes, watersports and angling; down south, adrenaline junkies take to the Salmon and Snake Rivers for whitewater rafting and kayaking.

The climate in Idaho varies from region to region. Winter in the north is cloudy, humid and rainy. In the south summers are dry but wet. Generally it can get very hot in summer. Winters can be very cold.

When is the best time to fly to Idaho?

The weather in Idaho is split into four seasons but the length of them varies on the area.  Spring comes early and winter later to Boise. Temperatures in winter drop down to -1 to -6  degrees (C) and in summer go up to the mid-20s. Flooding can occur in April and May after the snow melts.

Idaho gets very busy and flights and accommodation are higher in summer from late May to mid-September.

The ski season also means peak-season rates and conditions. The ski runs are open by late November and the season lasts until March or early April.

The best time to find cheap flights to Idaho is from mid-September to October. During this time the weather is still warm. Spring is also a good time to visit.

The best way to get around the state is to hire a car, RV or camper.

Idaho’s largest urban centre is Boise and buses are offered around the city by the Boise Urban Stages. Daily bus services are also available in Ketchum.

See alternative destinations where airfare is generally forecast to be close to Idaho flight prices. 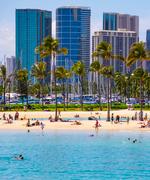 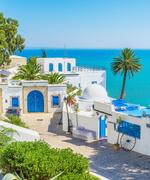 Select your preferred flight destination in Idaho from the list below.

Select your preferred route to Idaho from Singapore below

Not set on Idaho? See the cheapest flights to Singapore. Airfare prices updated on October 18, 2021.