Paphos is on the south-west coast of Cyprus, that perennially sun-kissed island in the Mediterranean Sea. Paphos itself is a beautiful resort town with a restaurant and cafe-lined promenade that sweeps around the harbour.

There is no bad time to seek cheap flights to Paphos. Cyprus is a year-round destination. The dazzling sun of the summer months cools down by about ten degrees for the winter months, something happy British holidaymakers, expats and retirees know well.

Long before there were British travellers however, Cyprus, and Paphos in particular, was visited by the Romans, Phoenicians, Egyptians, Venetians, Greeks and Richard the Lionheart.

The mosaics of Nea Paphos are Paphos’s main cultural draw and the Tombs of the Kings, a Unesco World Heritage Site, is nearby. The town boasts other Roman mosaics, Byzantine icons and Ptolemaic tombs.

Most famously perhaps, this part of Cyprus is where Aphrodite, goddess of love and beauty, is said to have emerged from the briny surf. Petra tou Romiou (Aprhodite’s Rock) is 25km (15 miles) east of Paphos and was a tourist draw with Greek pilgrims in ancient times. Today, to guarantee eternal love, couples should swim around the rocky outcrop.

Cyprus has a Mediterranean climate — the sun shines almost year-round (340 days of sunshine per year), summers are long and dry and winters are mild.Temperatures are high in summer, reaching the 30s (Celsius) in July and August, but the sea breezes cool the coastal areas. Winter temperatures can be in the teens and 20s but rarely drop below 10 degrees. Winter is colder in the Troodos Mountains and brings some snow — it is possible to ski in the mountains in the morning and sunbathe on the beach in the afternoon.

When is the best time to fly to Paphos?

The peak season is summer, especially June, July, and August. This is when most travellers step off their flights to Paphos. The Troodos are also busy with skiers in winter.

Spring and autumn are great times to visit when it is warm enough to swim but not uncomfortably hot.

In general, November to March is the rainy season and therefore the low season, but rain falls an average of just eight or nine days per month.

Buses are the cheapest and most comprehensive way to get around Paphos. You can always hail or call a taxi, which is still fairly cheap, but shared taxis are even cheaper. Four to seven people share one of these minibuses, making for a cheap, comfortable ride between towns like Larnaca, Paphos, Nicosia and Limassol.

While main roads are well-maintained, side roads are often narrow, winding and unpaved. The UN buffer zone is blocked off for a reason, namely the presence of landmines and military activity. For your own safety, never enter the zone unless at a designated crossing point. 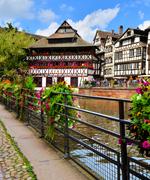